Beaufort is known for the preservation of its historical homes. When Preston Development Company began building the BeauCoast community, it was always intended that these new homes in Beaufort NC would draw upon some of the characteristics of the historic homes to help the community blend in and maintain the uniqueness of the city’s history and charm.

Beaufort is the third oldest city in North Carolina, replete with a rich history and culture. Many of the historic residences are still available to be seen and toured, thanks to a 12-block area of Beaufort Towne being listed on the National Register of Historic Places. It’s open for tours and visits throughout the year. Many of the historic colonial buildings in Beaufort were constructed as early as the 1700 and 1800s. In fact, the oldest  home is the Hammock House, also known as Blackbeard’s House, built around 1700. The Beaufort Historical Society has been influential in the  preservation of both these homes and the whole town’s focus on maintaining so many important elements of the arts, culture, and history of Beaufort.

Much of the city’s particular style and charm is the result of its role as a fishing village and port, dating back to the 1600s. Over the years, it was visited by sailors, privateers, merchants, craftsmen and more from a variety of countries who were familiar with Bahamian and West Indian-style buildings. Many who settled in Beaufort used these influences in their own homes’ construction, resulting in homes that are airy, colorful, and part of the unique style of Beaufort.

With Beaufort’s special history and appearance, Preston Development Company was determined to make BeauCoast feel like a natural part of the town. Preston Development Company is recognized as one of the premier development teams in the nation. Founders Tim Smith and Julian “Bubba” Rawl, have established a reputation for planning and producing only the highest quality development projects, and they put a lot of effort into building BeauCoast to reflect Beaufort’s architectural history.

In fact, when you look at the various homes currently available in BeauCoast, you’ll see many of the features that are synonymous with Beaufort’s historic architecture. Colonial-style homes are prevalent throughout the city, but being a coastal area, you notice the coastal influences, particularly in the covered front porches that provide shade, as well as a comfortable place to sit and catch a breeze while you wave to and get to know your neighbors. In many cases, the homes have these beautiful covered front porches on both levels of the home.

Every home, big or small, features at least a first-floor covered porch, and you’ll find attractive siding and decorative architectural elements that look so natural in coastal colonial architecture. The Bahama and West Indies influences show up in some of the cheerful colors on the exteriors of the homes. From grassy greens, to soft peach tones, to light blue accents, and even coral-colored front doors, the colors seem natural and a part of the community and history. Plus, like so much of Beaufort, they put a smile on your face.

If you’re considering one of the new homes in Beaufort NC, take a look through the town’s historic neighborhoods and then be sure to visit BeauCoast. You’ll fall in love with these brand new homes that provide modern conveniences, while still maintaining the history and spirit of this fascinating location. Small or large, we have something for everyone. Contact us today to learn more about the variety of inspired home designs we have to offer in the BeauCoast community.

Get onboard
and receive new opportunities at beau coast. 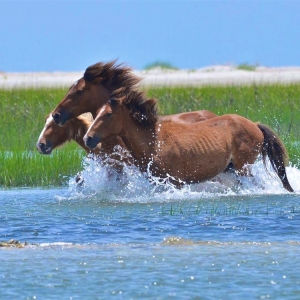 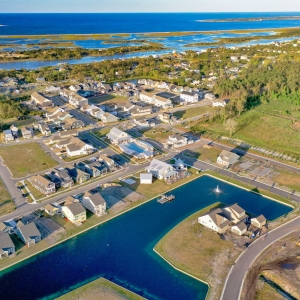