Today, Beaufort’s coastal location means easy access to easy living. However, in the past, it meant so much more, from a means of trade and income for many of the town’s residents to the ever present risk of pirates and privateers. Beaufort doesn’t forget its history and those who choose to live in one of the beautiful Beaufort NC homes get to enjoy living amid colorful history, both in the buildings that remain and in the events that commemorate the town’s rich history.

One such event is the annual Beaufort Pirate Invasion. The Beaufort Pirate Invasion is a re-enactment of an event that happened in Beaufort in 1747, when the town was caught up in a battle to defend itself from Spanish privateers. It’s also a reference to the city’s connection with one of the most famous pirates, Blackbeard. In 1717, his ship, the Queen Anne’s Revenge, was wrecked in the Beaufort Inlet. More about the famous ship and its history can be experienced in an exhibit at the NC Maritime Museum, including a model of the ship. The wreckage, which was found in 1996, is still in the inlet and was listed in the U.S. National Register of Historic Places in 2004.

Still, it is mainly the 1747 battle against the Spanish privateers that the Beaufort Pirate Invasion pays homage to each year. The event was created in 1960 to highlight this historical event and the victory over the privateers. The story unfolds on the waterfront at Taylor’s Creek, throughout town and around pirate encampments. This is a real chance to get a feel for the history of the time, as professional pirate reenactors, villagers and merchants roam throughout town recreating elements of this important moment in the town’s history.

This re-enactment takes place in Town yearly and there are plenty of other events taking place during the weekend to ensure that pirate and history enthusiasts, as well as everyone else of all ages, get to enjoy the event. There’s a wealth of live entertainment all along the beautiful waterfront in downtown Beaufort, with sword fighting, cannons firing, black powder weapons demonstrations and displays, a mock trial, a pirate hanging and much more. There are also living history demonstrations at encampments set up in the Beaufort Historic Site, along with fantastic pirate stories and tales of hidden treasure. Due to the COVID 19 Health Restrictions, the 2020 event has been postponed but please visit the website to get more details https://www.beaufortpirateinvasion.com/

Beaufort has a rich and fascinating history that is woven into the everyday life in the town. Residents of Beaufort NC homes, like the ones at Beau Coast, get to enjoy all of this fantastic living history, along with entertaining events like the Pirate Invasion, as part of their daily life, while still also enjoying all of the comforts, conveniences and entertainment of modern life. From pirates to Fisherman’s Park and so much more, Beaufort combines history, nature, and the best of coastal living to create a place that anyone would want to call home, including Blackbeard the Pirate! Contact Beau Coast today to learn more about the variety of homes for offer and you could be enjoying the next edition of the Beaufort Pirate Invasion.

Get onboard
and receive new opportunities at beau coast. 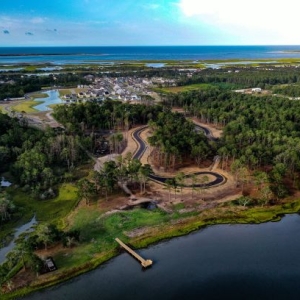